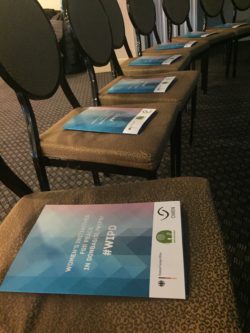 The conflict in Donbas that is already lasts for the fifth year, not only sets apart controlled and uncontrolled territories, but first of all alienates people leaving on the different sides of the conflict line. The economic blockade, problems with crossing of the checkpoints, complicated procedure of pensions receiving for people living in the Certain Districts of Donetsk and Luhansk Oblasts do not favour to conflict regulation. At the same time, hate speeches and enemy images regarding the representatives of the “other side” of the conflict, that circulate on either groups, twist the knife and move away the approach of peace. All this happen under the hybrid external influence of the Russian Federation that makes a point to use this situation in its interests, hampering the resilience of the country.

The personal meetings on the neutral territory and secure location, and participation in the dialogue contribute to the interpersonal understanding among those who found themselves on the different sides of the conflict line. The dialogue helps to build the confidence between the representatives of the different conflict groups, to de-construct the enemy images, to re-humanise the representatives of the “other sides” and to build the personal relations among the participants. Moreover, the dialogue is a powerful instrument for analysing the conflict situation, fears and expectations of people that later helps to elaborate the appropriate policies and approaches to re-integration policy of Ukraine and conflict resolution in the region.

To deal with the mentioned challenges the group of civil society representatives from four countries (Ukraine, Germany, Russia and Switzerland) initiated the creation of the “Women’s Initiatives for Peace in Donbas(s)” dialogue platform, that was launched in autumn 2016.

Building of the standing dialogue civil society platform “Women’s Initiatives for the Peace in Donbas(s) – WIPD.

All the key actors are women:

What makes the project to differ from the others

Between the Dialogue meetings the WIPD participants initiate joint peacebuilding mini-initiatives in their local communities, which are supported by the project. The key issue is that the mini-initiative should be initiated and implemented by at least two WIPD representatives from different target groups.

What we have already done?

What we plan to do more? 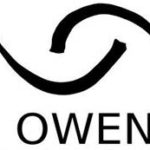 OWEN – Mobile Academy of Gender Democracy and Peacebuilding (Berlin, Germany). OWEN is a women’s organization engaged in promotion of the women’s participation in peace processes, especially on track 3 and those focusing on UN Security Council Resolution #1325 “Women. Peace. Security”.

Besides, the peacebuilding and gender experts from Switzerland, Russia and expert, responsible for the certain areas of Donetsk and Luhansk oblast.

The project is funded by the German Federal Foreign Office since 2016.

In 2017 the project was partly supported by the Ministry for Foreign Affairs of Sweden.

In 2018 the project’s educational component was supported by the Clingendael – the Netherlands Institute of International Relations.